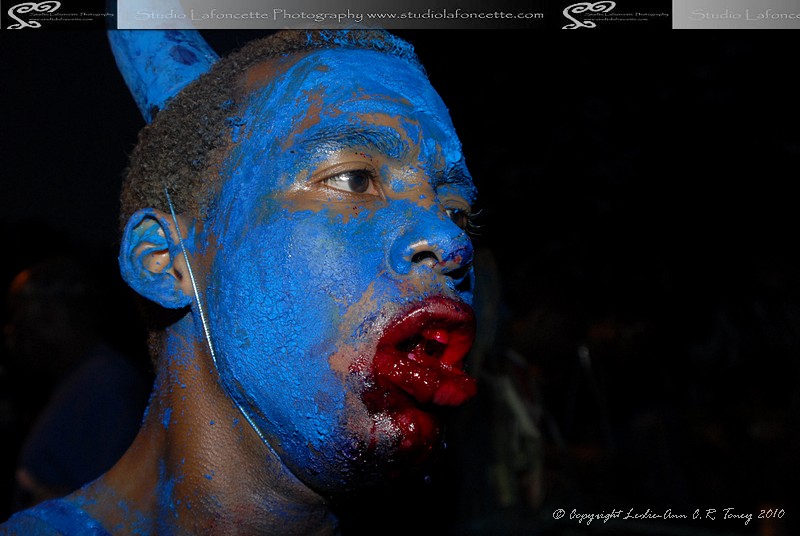 Anti sinnin’, anti-oppression, anti devilish overseers, French “planters” (what a nice neutral word) and British governors who beat, imprisoned and oppressed people, lest they forget who was in charge and superior. Become the devil in all of us, stamp out the devil outside, even if is just for two days. 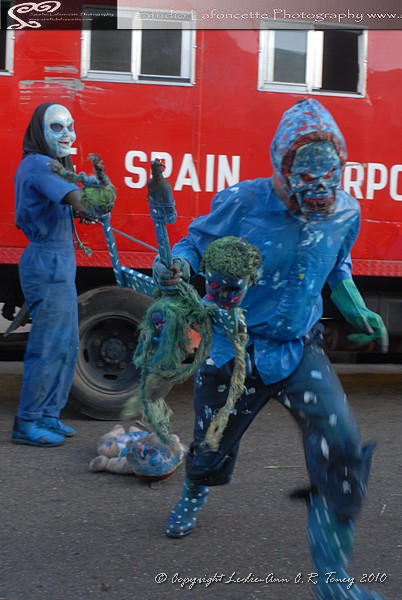 I remember being scared out of my life by devils as a child. Usually they were the black variety – molasses devil – but covered in oil, such was their dedication to the mas (allyuh know how hard it is to wash off oil after Jouvert done?)!

I spotted these (above) on Carnival Tuesday one year, and after Jouvert the next. And although I was behind a “big” camera and a media pass, although their was a barrier behind me and them some times, I was still a bit scared I have to admit. Allyuh could say what yuh want, I paid them my money yes! 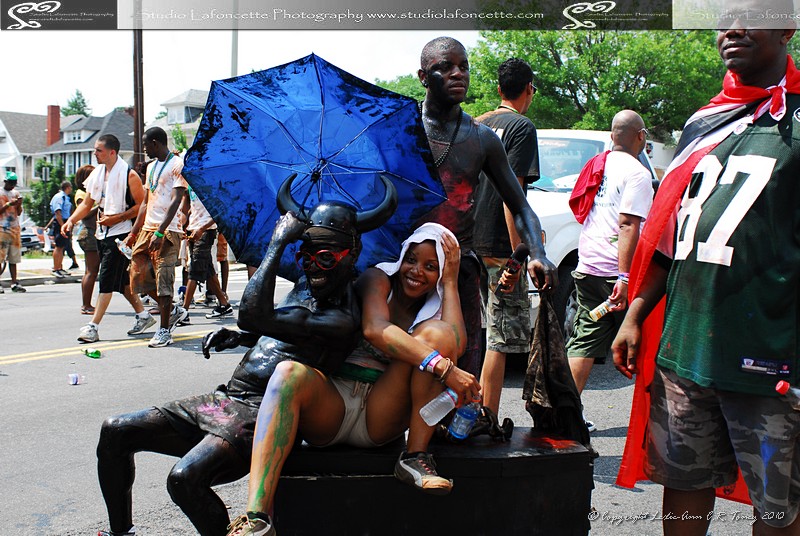