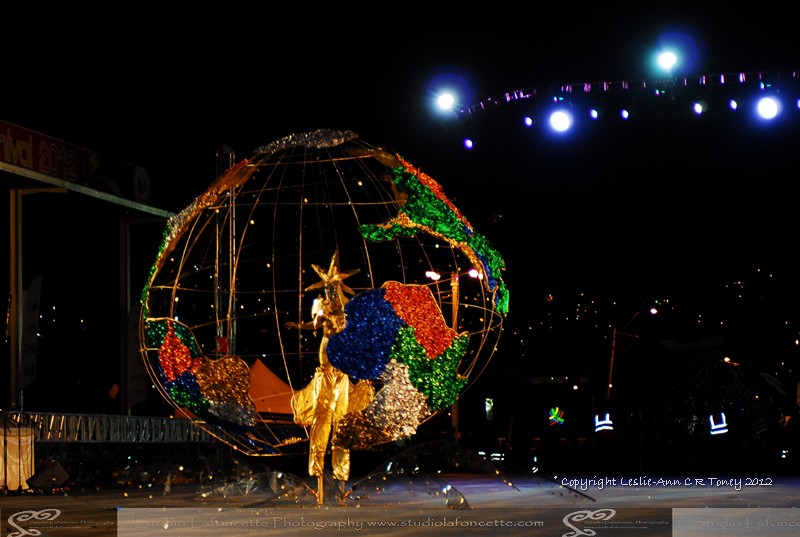 The role of a king or queen of a band is to successfully represent the band, highlight it and portray the theme in a showy way by dancing the costume. Often people ask about floats in Trinidad Carnival. There are no literal floats and groups of people masquerading are referred to as a band. The king or queen costume, if a band decides to have one, takes tremendous resources and the risks are great. The masquerader must successfully carry this large costume – often times entirely supported on the back and shoulders – across the stage, moving, dancing in a compelling and energetic manner. If she or he falls or the costume comes apart, they are adjudicated severely, and points are deducted or the costume is disqualified. 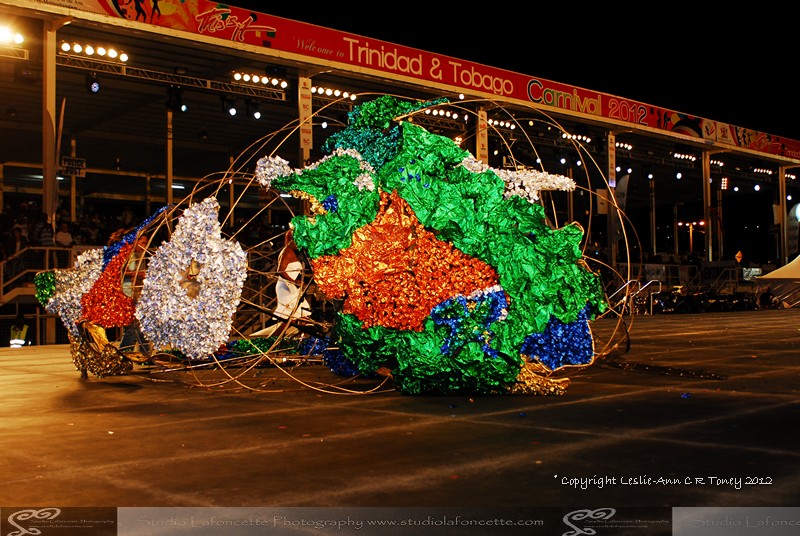 Being on stilts, hampered by the intricate design – the globe supported by a centre frame backpack and with additional embellishments on the legs for the finals, it was overpowered by heavy winds at the Queens Park Savannah on Carnival Sunday night. 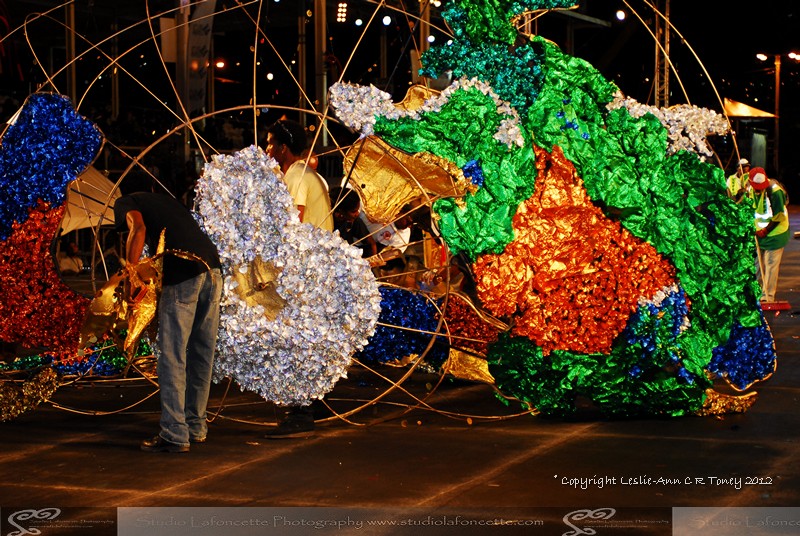 Band members rush to Thomas’ aide after his costume falls.

After being escorted off by emergency medical technicians, a disheartened Thomas returns to the stage to the sound of applause from the crowd, shows everyone he is alright.