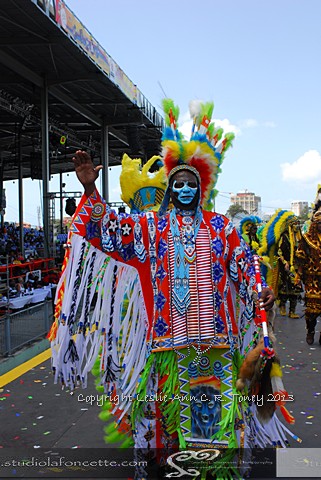 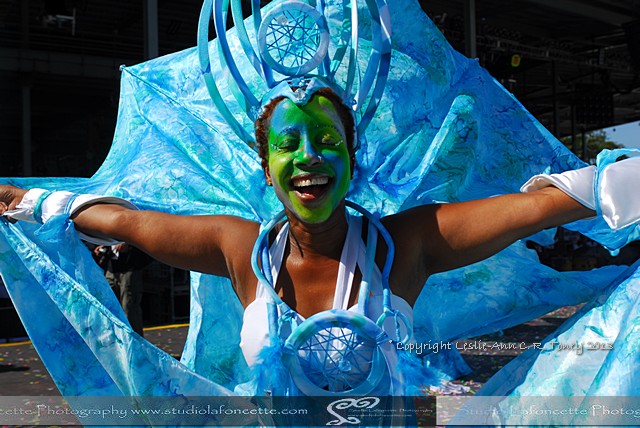 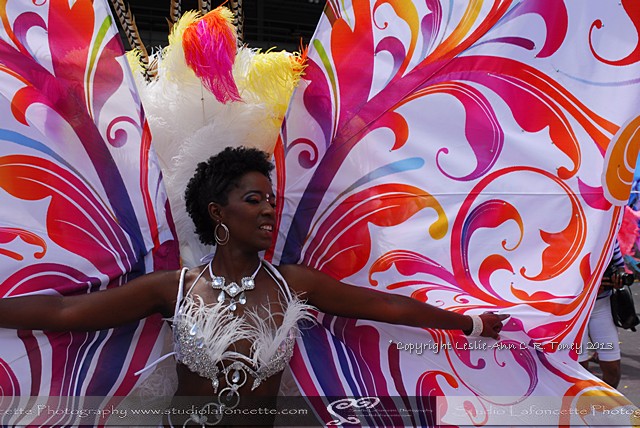 It done. So finite. The carnival season was short for 2013 so this has been pretty intense.

Fetes ranged in price from $100 (anti-stush) to the “ultimate” “all-inclusive” with $3000 price tags. Nekilah Thomas portraying “Beauty of D Mang” and Gyasi Philbert as “Hyarima with “Amerindian Cacique”won Junior Queen and Junior King of Carnival respectively. Aloes and de Fosto got toilet paper in “The Park” at Calypso Fiesta and Super Blue went mad into an even madder crowd. Dimanche Gras as we know it was removed from the carnival and replaced with kaiso on Thursday night before carnival and King and Queen of the Bands on Friday. Pink Panther is the Calypso Monarch 2013, Charisse Bovell is Queen of Carnival 2013 and Gerard Weeks and Ted Eustace tied for the joint King of Carnival title.

To have bacchanal in all aspects of carnival NCC, NCBA et al created new rules with exorbitant fees and warnings for media accreditation – warning that photographers (from the small man tourist in the street to the pro photographer would risk fines if found in violation. Some artistes returned to Soca Monarch, which brought much attention… then bowed out with as much fanfare (probably both organic and manufactured). Super Blue returned to competition with a song that first had mixed reviews and then became the anthem (or hymn) for carnival. As if ties were a new trend Machel Montano and Super Blue tied for the (private) International Soca Monarch title and, though still unofficial, it appears Super has won the Road March title. Band of the Year has not been announced, there appeared to be an incident-free carnival in terms of major crimes. It was rough, it was tough, it was beautiful. I hope you enjoyed your carnival. We’ll fill in the bits and pieces of the missing 5 BdC’s in the series with a lagniappe. More images will follow. Just.need.rest. 🙂

Much love and blessings