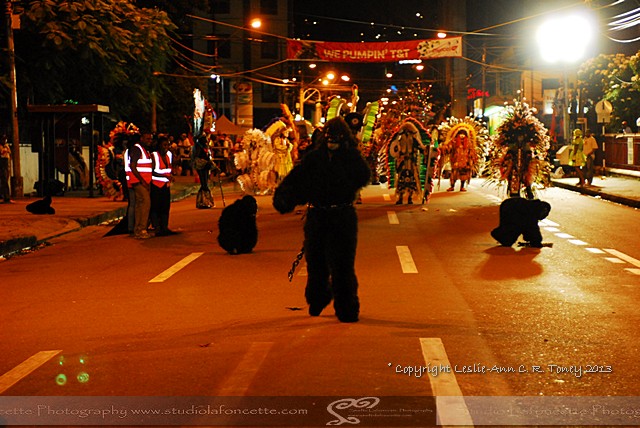 Cherisse Brewster leads the gorillas on stage as her father, bandleader Lennie Brewster, stands looking on calmly in the background.

These gorillas are from a group called Who Is We from Beverly Hills, John John, Laventille. The band is led by Lennie Brewster, who has been playing mas all his life, but gorillas for the past 15 years. He and his daughter, Cherisse Brewster work with the neighbourhood youth during the year as well. Their presentation this year was entitled “They Come From The Jungle”. One of the little gorillas, Shawn, went a little off script – he was really into his roll) but I thought it was fantastic. More images here on the Facebook page. 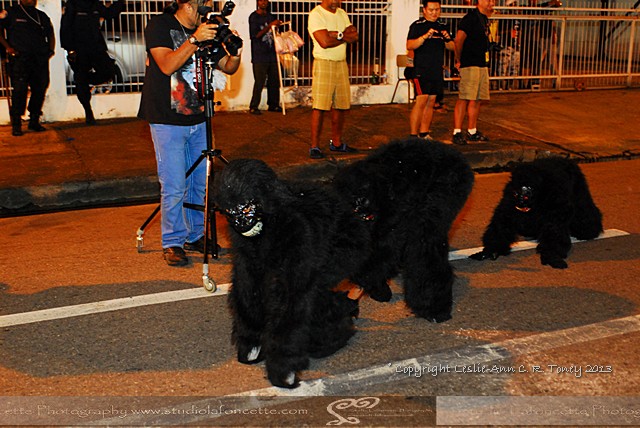 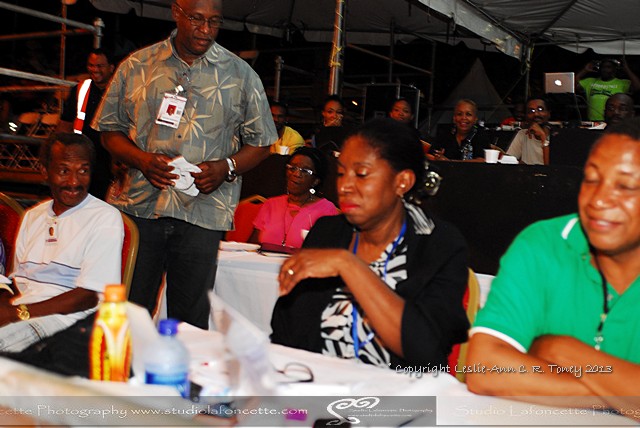 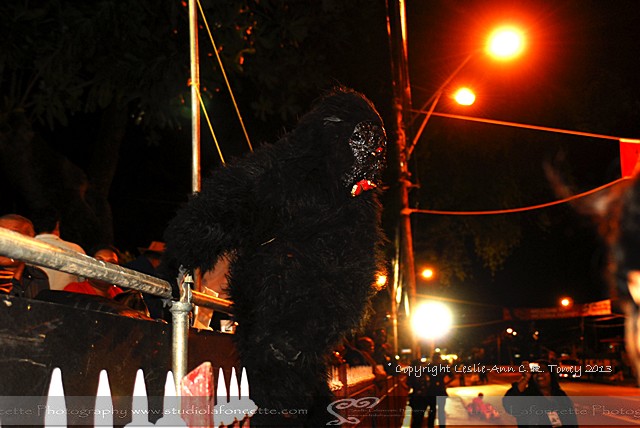 Blury, but the expression on this judge’s face, as the little gorilla jumped into the judging stand, was priceless (and telling).