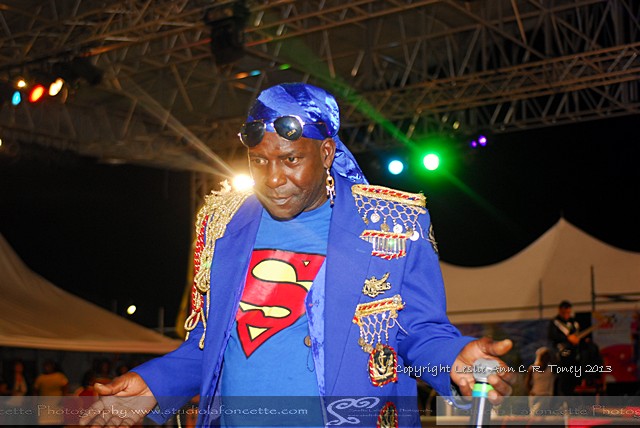 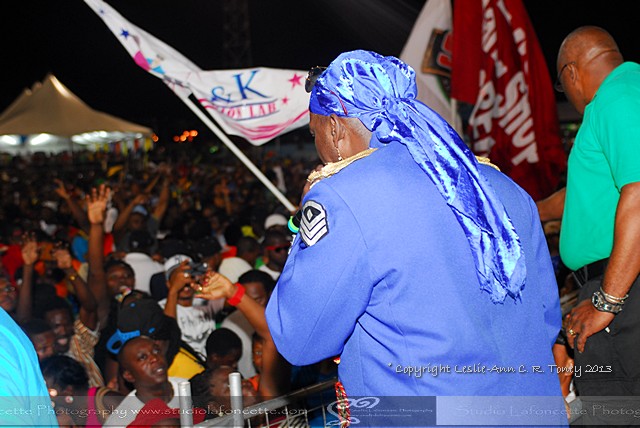 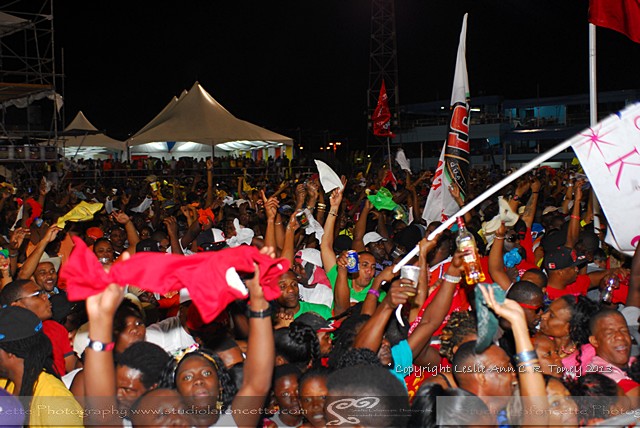 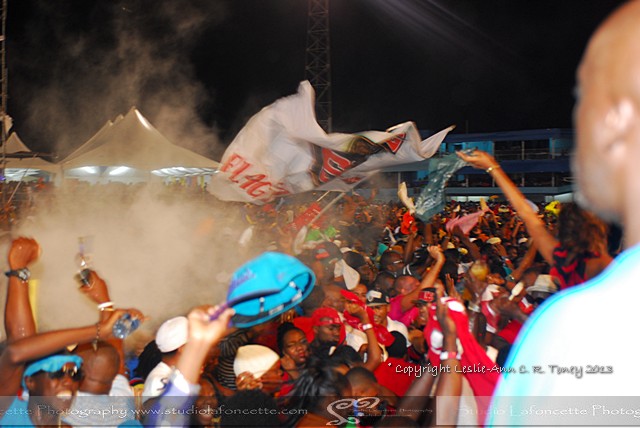 Obeying the cry of his Fantastic Friday the crowd sprays water and powder everywhere. 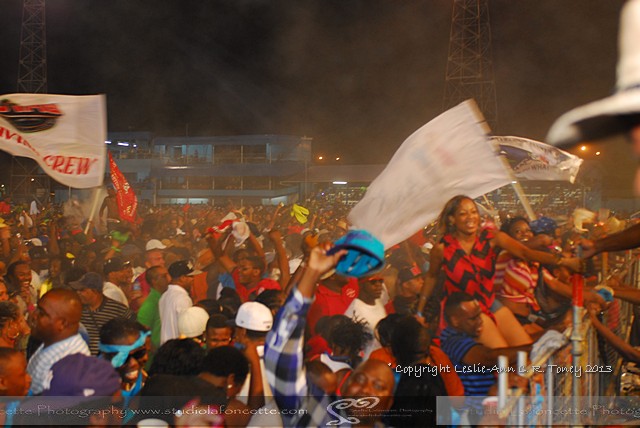 Pandemonium breaks as the crowd attempts to jump the fence or break it down. 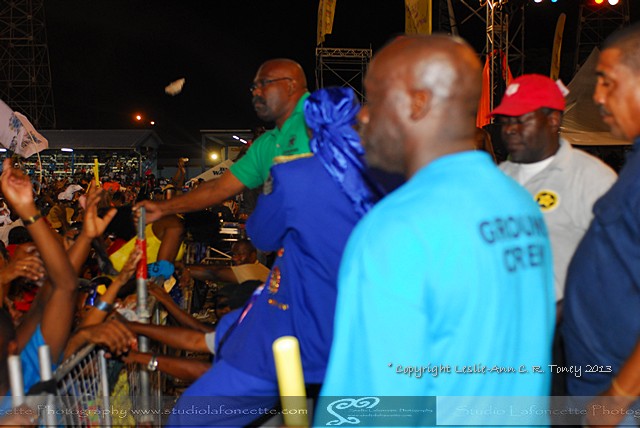 At the after party for Calypso Fiesta last Saturday the legendary Austin “Super Blue” Lyons performed and in his signature style he jumped into the crowd during the performance. However, this was no ordinary crowd. Skinner Park was jam packed with over zealous fans who had been drinking and feting all day. When the previous band sang Blue’s 2013 hit “Fantastic Friday” the crowd went wild and began pushing down the fence that surrounded the stage. As Blue leaned over the barrier to get close to fans pandemonium broke out. The security forces and police officers made a feeble attempt to discourage him but before you knew it, Blue was gone, into a sea of crazy in love fans. It was one of the few times my shutter button was interrupted by several gasps. These people did it in the park, I hope you do too

Super Blue jumps into the crowd and is swarmed by adoring fans. 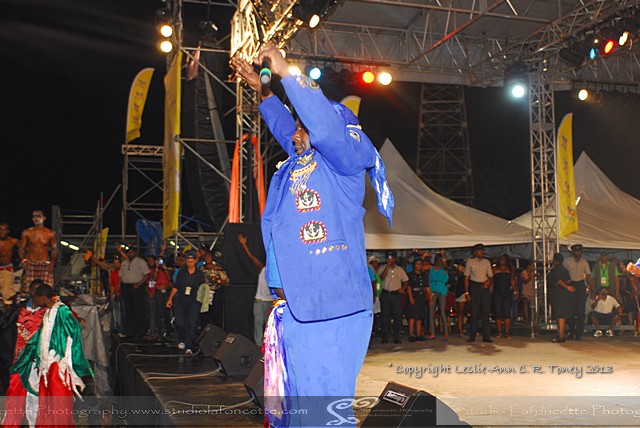 Covered in the now ritualistic water and powder Blue returns to the stage (almost) unscathed. 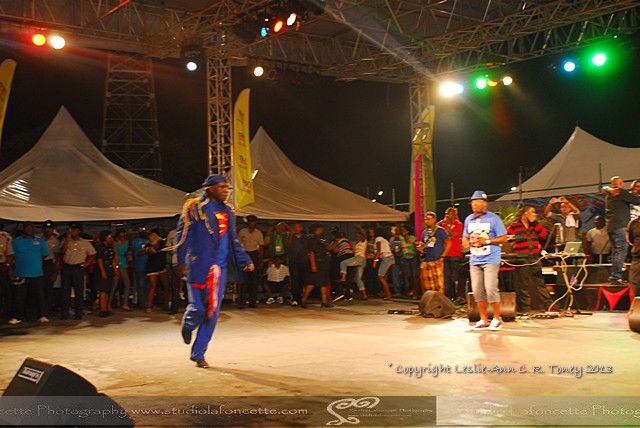