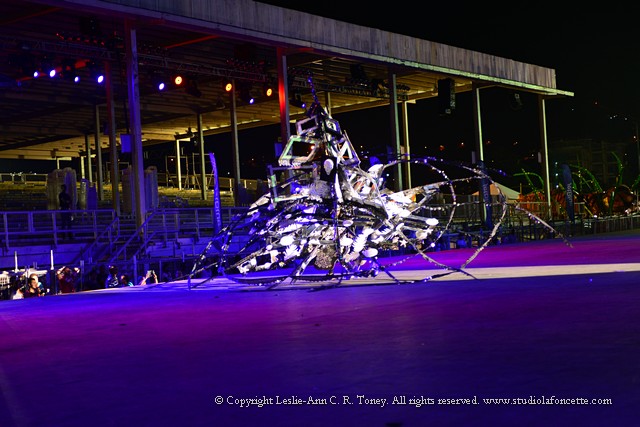 Pictured above Patrick Roberts Jr. playing the heck out of his portrayal of “Mr Slick” from the band Image Nation. Their presentation for 2015 is River of Life, River of Hope. Patrick’s costume was smaller than some of the monstrous pieces that crossed the stage at Queens Park Savannah on Tuesday night. As a result he was spared the effects of high winds and was better able to control his costume. It seems to have been well built and the masquerader knows how to “dance de mas.” This costume seems to be inspired by the Midnight Robber, which to me, was a clever interpretation of the theme.