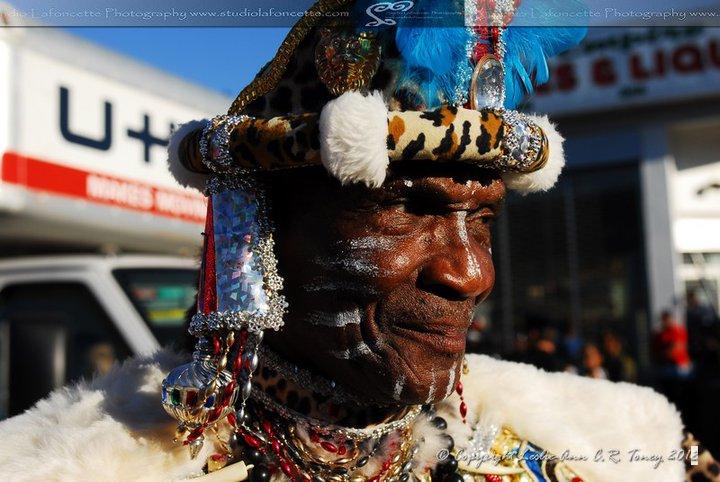 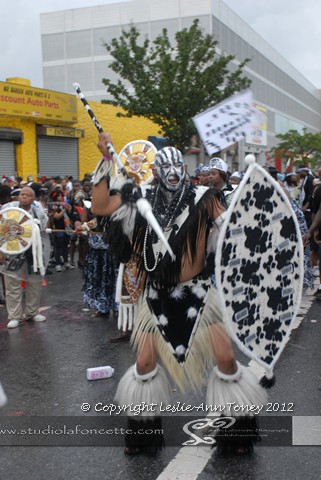 Someone asked me about these costumes and said that it was really non-traditional. Actually, this is considered traditional mas in Trinidad. For years in T&T carnival groups have played Zulus. These folks are from Welcome to the Motherland Africa, a Jouvert Band in Brooklyn for Labor Day 2012. For more images click here. Although the organization and portrayals are different there is also a long tradition of Zulu portrayal in New Orleans Mardi Gras via the social aid and pleasure clubs. In Trinidad, the integration of African culture is embedded in all aspects of carnival, even when it is overlooked. However, portrayal of African tribes, nations or ethnic groups came to prominence when mas legend, George Bailey, won the Band of the Year Title in 1957 with his portrayal “Back to Africa“. Bailey is credited with debunking the stereotype of Africa as primitive and without value. It was previously portrayed with rags and old dirty costumes. He carefully researched and created a band that displayed African culture and dress in its glory.  African mas is judged in the traditional category at official competitions in Trinidad & Tobago carnival.