I have a confession. The first time I saw the enactment of the Canboulay riots I cried. It wasn’t just any random crying. It was at that point where the woman stick fighter in her speech said no bois woman no fraid anybody, and talked about how she had been fighting off all kinds of aggression for years, so nobody was going to come test her in dis ting. I understood immediately the reference to centuries of sexual and physical violence experienced by African women under enslavement, the scars that transcended generations, and the abuse, pain and suffering that repeated itself in modern times. I collected myself – thank Gd I could hide behind the camera and continued to photograph this depiction that tells of how Trinidad & Tobago carnival became a permitted occurrence in our legislature after years of oppression and bad mind. 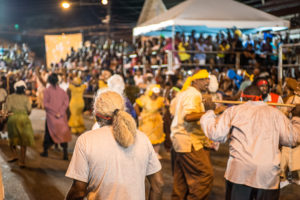 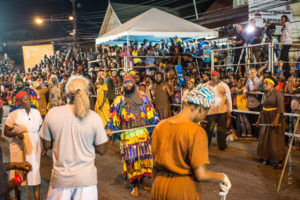 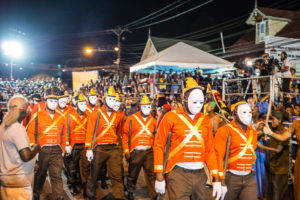 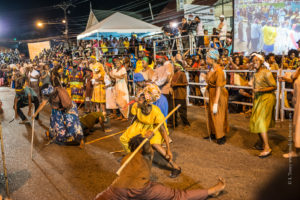 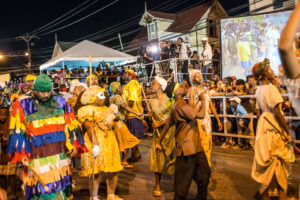 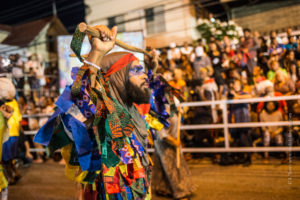 I paid a visit to Idakeda Group’s rehearsal for the Canboulay Riots Re-enactment a couple weekends ago and spoke briefly with Ms. Eintou Pearl Springer, playwright, poet and activist who has penned the script for many years and Atillah Springer, Director of the Idakeda Group about how these messages of sexual harassment are woven into the narrative of Canboulay and carnival, how they are closely tied to our sexual and respectability politics and the messages transmitted on the stage. I noted the interaction of women and how they treated the Baby Doll character. As Atillah Springer  explained, the Baby Doll character is a response to women having children out of wedlock, being abandonned by (mostly white and privileged) men of their time, being destitute and left to fend for themselves amidst shame and ridicule by women who deemed them indecent. Ms. Eintou Springer mentioned the Bastardy Act of 1972, something I had never heard of, which outlined how men would be required to pay support for “illegitimate” children. Notably the law was not in favor of the mothers of these children and no provisions were made for supporting them. 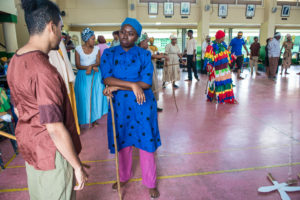 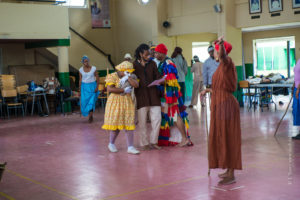 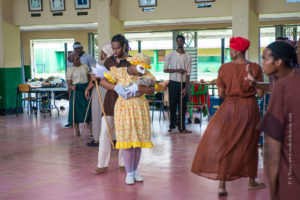 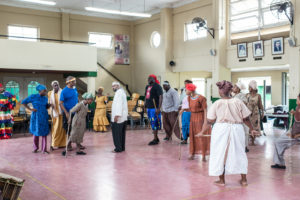 Although Canboulay deals with the riots, the bois, the fire power unleashed by Africans in Trinidad against the governor of the era. Look and listen closely to the narrative and you will collect loads of important history about our relations. 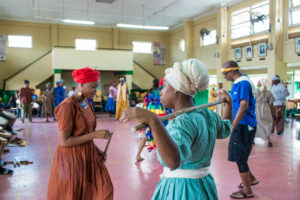 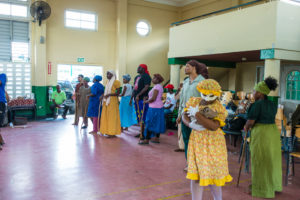 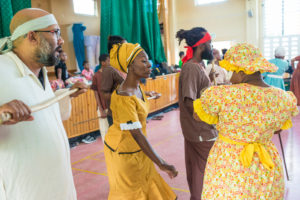 Canboulay Re-enactment will be staged tomorrow, Friday February 9 at Picadilly Greens, East Port of Spain from 4:00 AM and for me it officially opens the rein of the Merry Monarch. You should experience it at least once in your life. Watch this space and Instagram for updates.